In today’s time, virtual currencies like Bitcoin can be used for tons of different applications. For example, it can be used for purchasing groceries, appliances or even when betting on online gambling sites such as Gclub. Well of course, as for the latter, that will still depend whether the site allows the use of virtual currency or not. 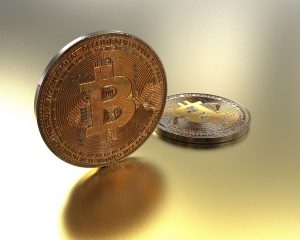 Without a doubt, digital currencies have grown rapidly both in usage and population. These days, there are increasing number of ATMs that are surfacing in Western countries that accommodate cryptocurrency. Much like all other modes of payment, Bitcoin even without being secured is gradually being integrated into existing economies. However, it is important to be aware of the risks associated to using such as well. So far, there seems to be a bright future for cryptocurrency. On the other hand unexpected drops of its rate makes even experienced investors to be wary of their investments.

Warren Buffett said once that he didn’t share the same level of attention and enthusiasm for cryptocurrency like Bitcoin. In fact, cryptocurrency has been scrutinized causing several other studies to be performed around it.

It must be taken into consideration that the idea of cyrptocurrency is innovative and there are no experience and even historical data that will enable researchers to thoroughly assess whether it is something that could be trusted or not. Bitcoin as with any other cryptocurrency is still going through changes and innovation. Therefore, something that is totally unexpected may happen to it.

Though it’s the most actively used digital currency, it was able to establish stability compared to other cryptocurrencies that are in circulation.

As for the technological part of cryptocurrency, it is always in development and it happens at a rapid rate to the point that it is uncontrollable. This is why even though there are big benefit brought by the large volume of investors and brand awareness as well, the technological risks associated to cryptocurrency is inevitable.

The cost of Bitcoin is fluctuating and totally unpredictable in short term, which simply adds to the asset’s risks. Financial analysts may likely predict the worth of stock quotes or real currencies but don’t expect it to be a hundred percent accurate. There are several elements that are affecting the fluctuation of cryptocurrency’s value like the legislative initiatives of the regulatory bodies, large volumes of exchange trading, integration of Bitcoin with several other companies and so forth.