In addition to the chances of high profits, crypto trading also entails major risks, in particular, due to a lack of regulation and the fact that numerous critics are currently pointing out that a speculative bubble has already formed.

High volatility in the cryptocurrency market

First of all, there is one thing that must be stated in an unbiased way: the market for cryptocurrencies, such as Bitcoin, Ethereum or Litecoin, is extremely volatile. This has been shown several times in the past few years because Bitcoin alone was subject to large fluctuations.

What looks like a relatively uniform development in the form of a steady upward trend, however, has shown itself completely different in detail.

What chances do Bitcoins and others have from a fundamental point of view? 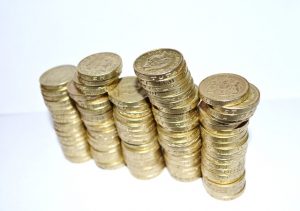 When it comes to assessing the opportunities and risks of Bitcoins and other cryptocurrencies, a crucial question is what, from a fundamental point of view, actually speaks for good chances that the value of cryptocurrencies will continue to rise. In fact, from a fundamental point of view, the fact that Bitcoin and other digital currencies could become much more popular as a means of payment could give a significant boost to further price increases. Originally, the original goal of Bitcoin and the other cryptocurrencies is to act as an alternative to central bank money and thus represent a means of payment on the market.

What are the risks when trading cryptocurrencies?

When trading cryptocurrencies, the main risk for every actor is of course that the value of the individual coin falls and the invested capital results in losses. A total loss is rather unlikely, especially in the case of cryptocurrencies with a very large market volume, but capital losses of 10, 30 or more than 50 percent cannot be ruled out. In addition to the general price risk, there are still some negative aspects that ultimately count among the risks of speculating with cryptocurrencies, such as:

It should be noted that trading in cryptocurrencies brings great opportunities for further price increases and thus profits. On the other hand, there are also significant risks, so trading digital currencies is definitely pure speculation.